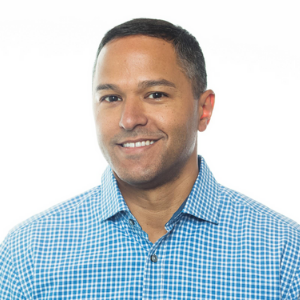 Jeremy is a software engineer, data scientist, a seasoned tech founder and an avid health and fitness enthusiast. For 20+ years, he’s been pioneering new solutions for the customer service space working alongside his great friends Brad Birnbaum, Alex Bard and Gary Benitt. A co-founder of Kustomer, Jeremy leads a team of engineers, developers and architects that build and evolve the Kustomer platform and solutions.

Jeremy has been part of major developments throughout his career, working for groundbreaking companies and creating products and solutions that have become a staple in communication and business technology. He helped eShare technologies build chat for online communities like Lycos and Geocities, and took part in its pivot toward one of the first multi-channel support solutions delivering email, chat, and voice solutions for brands including 1800flowers, Dell, and AOL. In 1999, as Chief Architect and part of the founding team at eAssist Global Solutions, he was building one of the first ASP Customer Service and CRM offerings. In 2004, Jeremy co-founded and served as Chief Architect for Goowy Media Solutions that designed and built a widget platform used by brands including CBS, AOL, and MTV. The company was acquired by AOL in 2007 and Jeremy stayed on for two more years, continuing to expand the widget platform and working alongside the Chat team where he first worked with Brad Birnbaum.

In 2009, Jeremy co-founded Assist.ly, joining Alex Bard, Gary Benitt and Brad Birnbaum to build one of the first social media enabled multi-channel support ticketing system. The company was acquired by Salesforce in late 2011, and he continued to expand the Assist.ly product which was later rebranded as Desk.com. Jeremy then worked at Airtime alongside Sean Parker and Brad Birnbaum to re-architect the backend of the mobile application.

In August of 2015, Jeremy and Brad left Airtime to start Kustomer, driven by their vision to put the many years of experience working with amazing brands in the support and CRM space into building a platform that would solve all of the problems that customers were having with existing solutions and use the latest technology advancements to do this in an efficient and cost effective way. As Kustomer’s CTO, he spent the first year building the platform, fundraising and hiring to build a high performing team.

Jeremy lives in Long Island, NY with his wife, 2 kids and dog Kurry.

Love all types of music depending on my mood ranging from Old School hip hop (Notorious B.I.G.) to classical piano.

Fell in love with computers and coding at age 7 when his dad gave him a Commodore PET.